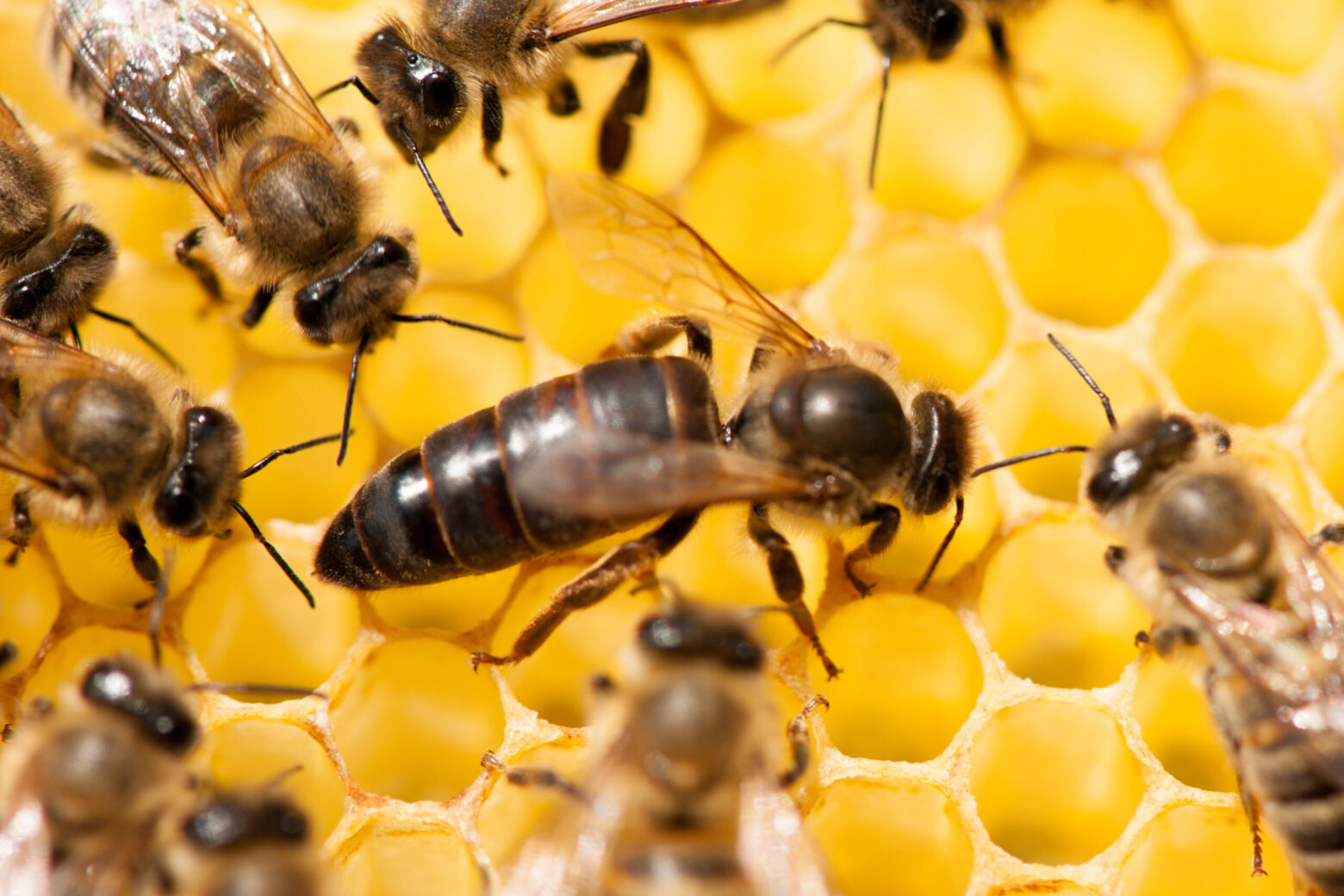 Maintaining genetic diversity in a honey bee breeding population is critical to colony fitness. The US. honey bee population was established from limited shipments of honey bees (primarily from  Europe) before the Honey Bee Act of 1922 restricted further importation.  Cumulatively, the effects of a small founder populations and genetic drift, and historical and ongoing queen breeding practices relying on a small number of breeder queens represent genetic bottleneck events with the potential to reduce genetic diversity. The goal of the WSU Germplasm Importation Project is to enhance the U.S. Honey Bee gene pool with the importation of bees from their European native range.

In 2008, the WSU honey bee program began overseas collection and importation of semen from three European honey bee subspecies, Apis mellifera carnica, A.m. caucasica and A.m. ligustica, under permit from USDA-APHIS. This germplasm was used annually to instrumentally inseminate virgin queens initially derived from US commercial strains of Carniolan or Italian honey bees.   The imported semen undergoes viral screening, and inseminated queens are quarantined in isolation until released by USDA-APHIS. Since 2011, aliquots of all released semen has also been maintained in cryogenic storage.  The cryopreserved semen continues to be used for backcrossing and further enhancement of the proportion of Old World parentage.

Through importation of A.m. caucasica semen and backcrosses of these various lines, we have re-established Caucasian bees in the U.S. These are now available to beekeepers. Old World Caucasian germplasm is sometimes available through limited numbers of instrumentally inseminated (I.I.) breeder queens that are shipped from July to September of each year from the WSU honey bee breeding program, or by other arrangement. These queens are recommended for use by queen producers and organizations to propagate production queens. Experience in introducing I.I. queens is strongly recommended. We provide instructions with suggestions for safe introduction (attach link).

The Caucasian breeder queens will have greater than 80% genetic origin from Old World A.m. caucasica sources with the remaining genetic background sourced from US commercial Carniolan strains.

Cost per breeder queen is $1250.00. Prepayment is required by June 1. Breeder queens are shipped between July and September.

To place an order and to pay online, visit the CAHNRS Entomology Online Store

The New World Carniolan (NWC) breeding program, founded in 1982, is heading into its 40th generation. Modeled on the Page-Laidlaw Closed Population Breeding concept, the program was modified to establish and maintain a Carniolan population to provide quality queens to the industry. The NWC was initiated at Vaca Valley Apiaries in California by Susan Cobey and Tim Lawrence and moved with Cobey to several Universities. Since moving to WSU, the NWC has been enhanced with the incorporation of Apis mellifera carnica germplasm from Europe into the breeding population.

To ensure the long term future of the NWC breeding program, a Certified NWC Producer Partnership has been established with Strachan Apiaries and Buzz’s Bees to maintain program and provide NWC breeder queens to the industry. Strachan Apiaries and Buzz’s Bees have taken on the role of Certified NWC Producer Partners and are officially producing instrumentally inseminated NWC breeder queens with the continuing support of Susan Cobey and Steve Sheppard at WSU.

Please contact the above Producer Partners for pricing and availability.  They can provide a list of NWC queen producers who use certified NWC breeder stock to supply open-mated producer queens to beekeepers nationwide.

The WSU honey bee breeding program was established in the late 1990’s when a diverse collection of US honey bee stocks was purchased and screened for apicultural characteristics under Pacific Northwest conditions. Continuous selection criteria for these stocks includes hygienic behavior, gentleness, overwintering ability, honey production and disease resistance in the absence of antibiotics. Occasional introductions of new genetic material are made through the drone mother lines continues each year, including the inclusion of selected Carniolan and Caucasian stocks derived from recent importations of germplasm (semen) from populations within the endemic range of the subspecies A. m. carnica and A. m. caucasica, respectively. WSU program queens are “open-mated” at our isolated mating station in the George Hudson Biological Preserve on WSU’s 800-acre Smoot Hill Farm.

Due to our climate, queen production takes place in June and July. WSU Program Queens will be available for shipment starting in July through August. Very limited quantities are available- priority will be given to beekeeping association in the PNW involved in local breeding efforts. Cost per queen- $150.00 prepaid online; prior to June 30.

Queens can be reserved on the CAHNRS Entomology Online Store.

For questions regarding queen orders and availability, email: wsubeeprogram@wsu.edu.